Shri Ramesh Pokhriyal ‘Nishank,’ Hon’ble Minister for Human Resource Development, Government of India, visited New Delhi World Book Fair, at Pragati Maidan today. He appreciated the specially designed Theme Pavilion, Gandhi: The Writers’ Writer and the exhibit of books on and by Mahatma Gandhi at the Pavilion. Shri Pokhriyal took a tour of the Children’s Pavilion, the Foreign Pavilion and other halls as well, exhibiting books in English, Hindi and other Indian languages. He was happy to interact with the booklovers at the Fair and appreciated the efforts of NBT in putting together this annual book event.

The eighth day of the New Delhi World Fair saw a huge crowd of  more than 1.25 lakh booklovers thronging the fair grounds.

A number of discussions on various aspects of Gandhi were organized at Theme Pavilion. A panel discussion on ‘Publishing Gandhi’ was organized by National Book Trust, India in collaboration with National Gandhi Museum at the Theme Pavilion. Dr Sadhna Rout, former Principle Director General, Publications Division talked about the various stages in which the complete works of Gandhi were collected and reproduced. She added that it took 38 years to publish his works. Shri A. Annamalai, Director, National Gandhi Museum discussed about Gandhi as a publisher and writer in South Africa and in India.

A panel discussion on Gandhi and Punjab was organised by National Book Trust, India at the Pavilion. The speakers on the occasion included Dr. Kulbeer Gojra, Dr. Charanpushpendra Singh, Dr. Sumel Singh Siddhu and Dr. Khushwant Singh Bargadi. During the session, the experts shared their views on relationship between Mahatma Gandhi and the state Punjab.

A panel discussion on Gandhi’s ideology was organized at the pavilion. The speakers on the occasion were Shri Shrikrishna Kakade, well-known Marathi author and Shri Milind Bokil, noted litterateur. Shri Bokil remarked that Gandhiji’s principle of truth and non-violence are relevant even today and we need to follow it for our development. He also talked about Gandhiji’s opinion on Swaraj. Shri Kakade expressed his concern over the status of tribal community in India, their education and need to preserve tribal culture and languages.

The literary magazine Pratik was launched at the International Events Corner followed by the Poetry Reading session by renowned poets and launch of a book authored by Prof P. B. Sharma, Vice Chancellor, Amity University, Gurugram. The event was moderated by Dr. Yuyutsu Sharma, Editor, Pratik. The panelists included Mr Peter O’Connor, Deputy Head of Mission, Embassy of Ireland to India; Ms Mandira Ghosh, poet and Mr Pankaj Bisht, Hindi novelist. The event was organised by the White Lotus Book Shop, Nepal, also an exhibitor in the Fair.

The activities at the Children’s Pavilion kickstarted with the workshop ‘Can Write, Can Play.’ During the session, Shri Ajay Verma entertained children and using musical sounds, he narrated stories to them. Ms Sangeeta Sethi also narrated stories revolving around sports to children.

Scientoon, a scientific cartoon workshop was organized by NISCAIR at the Children’s Pavilion. Ms Charu Verma, Dr. Pradeep Srivastava, Shri Javed and Ms Shubhada Kapil interacted with children and coordinated the programme. A large number of students from Delhi World School and Cambridge School, Noida participated in the workshop. Later, an interactive session on ‘Communicating Science to Children through Science Communication’ was organized by NISCAIR at Children’s Pavilion. The panelists interacted with children and talked to them about importance of science in everyday life, and different ways of learning science easily. The speakers included well-known science communicators and children’s authors, viz. Biman Basu, Madhu Pant, Ranjana Aggarwal, Kapil Tripathi among others.

Musical storytelling by Jaishree Sethi took children to a world of imagination at the Children’s Pavilion. She shared how music adds essence to the stories. The children enjoyed the demonstration of keyboard, guitar and other musical instruments.

In addition, storytelling session was organised by Story Ghar in association with Chestha Care Foundation at the Children’s pavilion. Ms Jaishree Sethi, well-known storyteller, Ms Sonika Kaushik, Sr. Consultant, NCERT and Shri Shamir, a theatre professional interacted with the children. The discussion focused on how to make storytelling an amazing adventure for the primary school children. The speakers believed that human to human connection improves via stories, and they also shared some tips for the primary school teachers for better storytelling.

A talk with Ms Sudha Murthy was organized by HarperCollins Publishers.  During the session, Ms Sudha Murthy talked about her recently published book for children, Gopi Diaries, Coming Home. While interacting with the booklovers, she said that the book has been written about her dog, Gopi, who has been an angel for her and her family. Gopi had changed the perspective of everyone at her home about pets with the power of love. Later, Ms Sudha Murthy also read out excerpts from her book.  Moderated by Ms Akriti Tyagi, the other speakers on the occasion included Shri Udayan Mitra and Ms Tina.

“Poetry is highest form of art as it expresses thousands of feelings within a few words which makes it superior than other genres,” said Shri Mukul Kumar, a poet and an author at Yuva Sahiti, a poetry reading session of young poets. Vijay Shankar Barman recited a poem in Asamiya language and translated it into Hindi for the audience. Besides, Krishan Mohan Singh, Manoj Kumar Pandey, N Suresh Babu among others read their poems. The session was organised by Sahitya Akademi.

The book, Article 370: Explained for the Common Man, authored by Sumit Dutt Majumdar was released at a function held at the Author’s Corner. Moderated by Jayanta Roy Chowdhury, the other guests on the occasion included TCA Raghavan, Omair Ahmad, Nishtha Gautam and Sumit Dutt Majumdar. Talking about the book, Omair Ahmad said that the book includes historic nuances and the Indian Constitution’s approach towards different problems.

A panel discussion on satire in 21st century was organized by Vyang Yatra, a magazine in Hindi at the Lekhak Manch. Well-known litterateurs including Prem Janmejaya, Pankaj Subir, Ramesh Saini, Girish Pankaj, Harish Pathak, Sameeksha Telang, Ranvijay Rao and Suresh Kant were present on the occasion. The speakers talked about the different aspects of satire and how through satire, the writers express their views fearlessly.

A discussion for the need to promote Hindi language was organized by Matribhasha Unnayan Sansthan at the Lekhak Manch. Shri Surendra Sharma, Padmashri awardee said that Hindi is a language of ethos. On this occasion, the books Kya Naam Rakhon by Rinkle Sharma and Varangna by Dr Arpan Jain were also released. Dr Kunwar Baichain, Divik Ramesh Prof. Rajeev Jain, Shri Vedpratap Vedic and Swami Videh Dev were also present on the occasion.

In one of the sessions at the Lekhak Manch, the book Nagrik Patrakarita authored by Dr Pawan Singh Malik was released. The guests present on the occasion included Hitesh Shankar, Umesh Upadhyay, Rahul Mahajan and Brijkishore Kotiyala. The programmed was organized by Yash Publications.

A seminar on ‘Mahatma Gandhi: The Writers’ Writer’ was organized by Authors Guild of India in collaboration with National Book Trust, India at the Seminar Hall. Prof. Govind Prasad Sharma, Chairman, NBT and Prof. Shyam Singh Shashi, Padmashri awardee were the special guests on the occasion. Moderated by Prof. Shiv Shankar Awasthi, General Secretary, Authors Guild of India, the other speakers on the occasion included Dr Vijay Shankar Tewari, Principal, Satyawati College, and Prof. Kailash Nath, University of Delhi. The speakers discussed about the relevance of Mahatma Gandhi’s Satyagraha and his principles of truth and non-violence which he followed to bring peace and harmony among people of different religions, castes and cultures. On this occasion 25 books were also released. 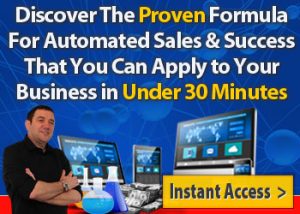